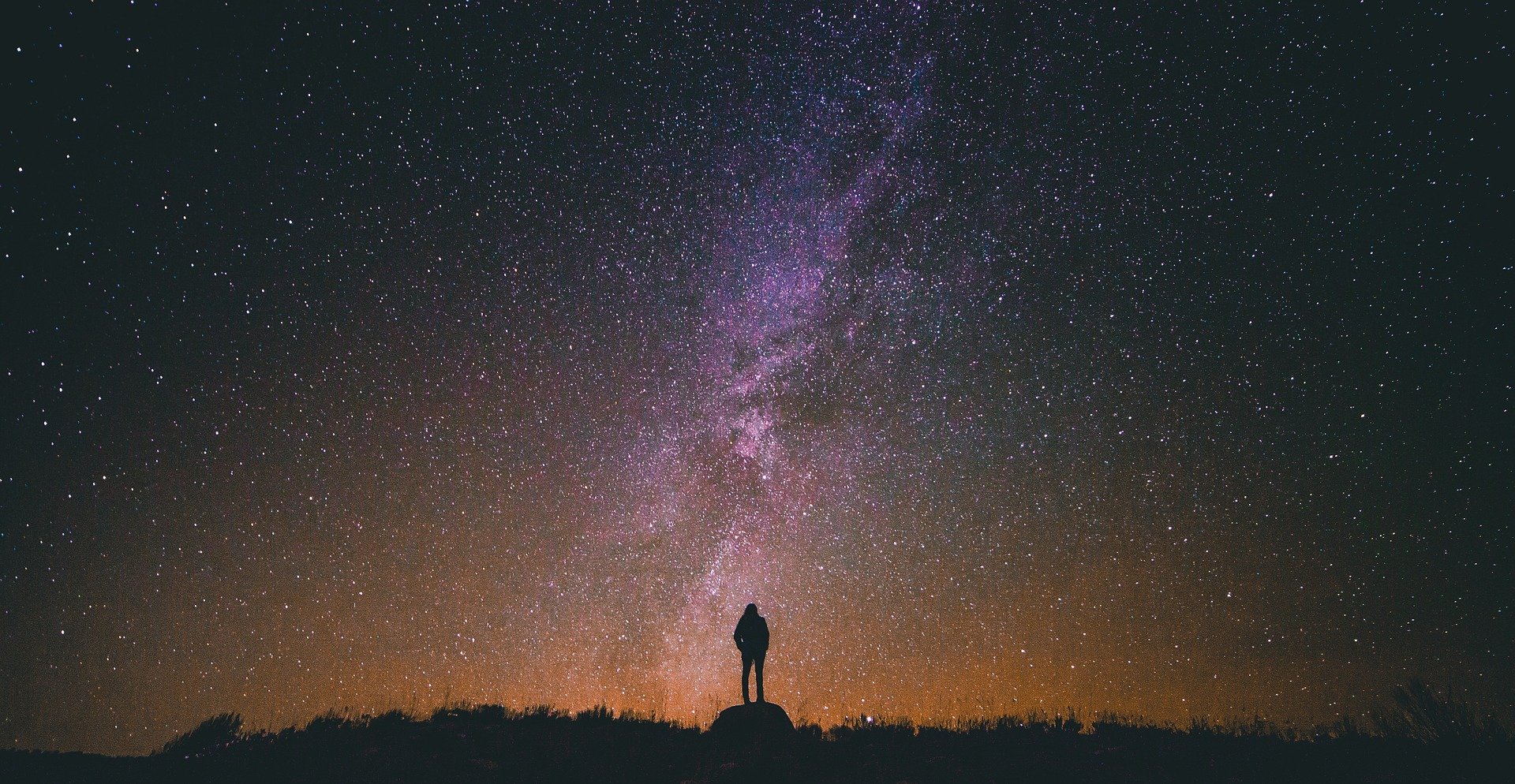 I recently got into a heated Facebook debate (!), where I was asked what spirituality is.

I couldn’t answer then. But later I remembered what I wrote in my second book Iso ajatus:

According to the ancient Greeks, we have two channels into reality. We can approach it through Logos or Mythos.

Logos has meant knowledge and science since the days of Heracles.

But what about Mythos?

Mythos literally means oral tradition, story but not story in the sense that we understand stories because, for the Greeks, Mythos and Logos were equally valuable channels to reality.

My own interpretation is this: Mythos is a wonder.

This is how I see it:

One night in the dawn of our prehistory, a woman stands under a starry sky, completely dazzled. What is all this? she asks in her mind (in some wordless way because she can’t speak yet).

In 2020, another woman stands under the same starry sky, equally dazzled. She has countless words but none that would describe her experience.

The only word that even somehow fits the situation is wonder. Ihmetys. Förundran. La Merveille. A Maravilha.

I think … no, it feels like Mythos is wonder.

From this wonder came art. It also gave birth to what is called spirituality.

I define spirituality as surrendering to wonder.

I know that spirituality manifests itself in a wide variety of systems but I don’t care. I don’t want to stifle my wonder into any upright doctrine. And I wouldn’t know how to do it even if I wanted to.

Since Mythos escapes all attempts at shackling, it may only be defined by saying what it is not.

Mythos, for example, is not knowledge. Mythos flutters in a place where there is no room for knowing.

Mark Manson writes in his book, “Everything is Fucked:

“don´t deign to believe you know anything. It´s that assumption of knowing with such blind, fervent, emotional certainty that gets us into these kinds of pickles…”

Manson helped me understand why the fascination of some spiritual circles with conspiracies, pseudo-science and their absolute certainty about things that one cannot be certain about is so difficult to me.

Mythos, who imagines herself to be Logos, is neither.

P.S Iso ajatus. Pitäisikö Jumalalle antaa vielä mahdollisuus? was published by Atena in 2018. For now it is only available in Finnish but I am working on the translation. Translated in English the title would be something along the lines The Great Thought. Should we give God another chance?